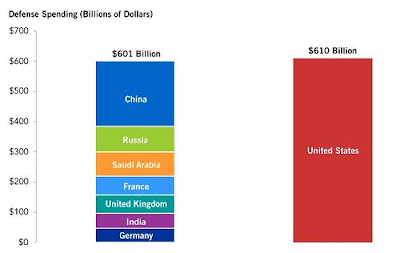 My grandfathers were both veterans of World War One.

Vincent Coen, my maternal grandfather, was a sailor aboard The SS Leviathan which transported over 119,000 US troops across the Atlantic to France.

William J. Reddan, my paternal grandfather, was Captain of Company B, 114th infantry, and was one of 14 survivors of the Battle of Bois de Ormont in France on 10/12/1918, during the Meuse Argonne offensive.  His outrage over orders to take his men into this battle, which annihilated over 200 of his Company, resulted in his war memoir “Other Men’s Lives, (Experiences of a Doughboy 1917 – 1919.)”

Although grandpa Reddan died 12 years before my birth, it was during my high school years – while the Vietnam War was raging endlessly on – that I discovered his book, “Other Men’s Lives.”  I picked up the copy he had given to his youngest son, my dad, and read the following inscription inside:

To the ‘ boss’ of the house – my son – Joseph Leslie Reddan
May you be spared from ever participating in the horrors of war, is the prayer of your loving, soldier, ‘Dad’:
May God bless you and give you a long and happy life.
Wm J. Reddan
Captain, Commanding
Company B
114th Infantry
29th Division

I devoured his first-person narrative of that war, with its gruesome details of life in the trenches, surrounded by death and destruction, and I was determined to learn more.

I became obsessed with why men slaughter each other.

So I spent the next few decades devoting myself to learning all that I could, predominantly, on America’s involvement in wars.

World War One’s statistics were grim.  Among involved countries, casualties for men between the ages of 19 and 32 were staggering; British casualties in battles like the Somme (1916) numbered in the tens of thousands – and that was just the first day of battle. Virtually overnight, entire landscapes were reduced to ghoulish death zones.  Though total numbers are difficult to confirm, it was commonly agreed by historians that – at the war’s end – there were over 38 million casualties, including more than 21 million wounded, many left to a life of suffering from amputations, disfigurement, diseases, survivor’s guilt, and shell shock (after the war tens of thousands of American veterans languished in psychiatric facilities suffering from what is now called post-traumatic stress disorder.)

At the war’s end, almost everybody regretted the incomprehensible devastation.  In America, it brought forth a new era of prohibition, curtailment of civil liberties, a crackdown on pacifists and labor organizers, imprisonment, rebellion among veterans over unemployment, deportations, a permanent military, and taxes to pay for it.

World War One was promoted as the war “to end all wars.”  And despite the lice and rat-infested trenches - cobbled together with barbed wire, concrete, plank, and mud - where gruesome battle gains were measured in feet, after the war, American political might became ignited by an insatiable appetite to expand the arms and propaganda industry beyond comprehension.

Aside from the human toll, how much does endless war - and a growing number of US bases around the world - cost each year?

This is an attempt to do a reasonable calculation of the cost to taxpayers of our hundreds of bases stationed around the world (those which are mostly outside the theatre of war), commencing with the end of The Great War.  I undertook this exercise using my decades-long background in accounting, available public reports, articles, research papers, books (to connect the dots), interviews with current and former military personnel, and common sense.  Well, as much common sense as possible given the US military budget is the largest of any country in the world, as much as the next 10 country’s military budgets combined.

The Report is less a “defense” budget; rather it’s more a document oozing threats to worldwide lethal annihilation:
“The strategic goals for Fiscal Years 2018-FY 2023 reflect the Secretary’s priorities:

(1) Increase the lethality of the Joint Force;
(2) Strengthen US alliances and build new partnerships;
(3) Reform the Department to reinvest resources in warfighter priorities”
(The Report, page 9-3)


If the planet is our community, America is the bully in the neighborhood.  Reference to the word “lethal” is sprinkled no less than 3 dozen times throughout The Report (“more lethal force” p. 2-6, “technology innovation for increased lethality” p.1-1, “increasing the lethality of new and existing weapons systems” p. 3-2).

Among the DoD’s goals is the Orwellian “preserving peace through strength” and “protecting the American way of life” (a way of life in which every minute four people are served with eviction judgements, 30 million have no access to health care, $1.5 Trillion is owed in suffocating student loan debt, and 63% of the population cannot afford a $500 emergency repair.)

Were it not for The Report’s dire (yet, fully funded) predictions for world domination, one would think this budget request was satire by The Onion.  From page 2-4, the foreign affairs Strategic Approach for the upcoming year states: “to succeed in the emerging security environment, the Department and Joint Force will have to out-think, out-maneuver, out-partner, and out-innovate revisionist powers, rogue regimes, terrorists, and other threat actors.”

And again, the number one goal is to “Build a more lethal force.”

In a world where money is no object, The Report specifically details the following purchasing priorities for 2019:

-Increasing the strength of the Army, Navy, and Air Force by almost 26,000;

And the ever-lovin’:
-Increasing the emphasis on technology innovation for increased lethality.


Additionally, The Report states “The DoD has expended more munitions than planned over the last few years, primarily to defeat Islamic State of Iraq and Syria (ISIS), leading to higher demand to replenish munition inventories” (3-6).  Addressing these needs, the 2019 budget request increases by over 28,300 the amount of production for the following munitions:

In a surprise (yet not really) admission, The Report states that “major power competition, not terrorism, is now the primary concern in U.S. national security” (page 2-1).

But let’s back up a minute.  More historical perspective is relative at this point, if only to grasp the enormity of US spending over the last 18 years on endless wars around the globe (and also because I like numbers.)

One hundred years ago, World War One cost the US $22.6 Billion dollars, which today is $328 billion, adjusted for inflation.   The 2019 DoD budget request is $686.1 Billion, or twice what it cost the US during WW1 in today’s dollars.

According to The Report, OCO funding alone for the 18 year period beginning in 2001 through 2018 totaled $1.8 Trillion (page 1-3), or almost $101 Billion per year – an amount which approximates the annual combined budgets of the US Department of Education ($60 Billion) Department of Health & Human Services ($18 Billion), the Department of Transportation ($15.6 Billion), and Department of Labor ($9.4 Billion.)

The funding of America’s endless war budget entrenches us in a violent, addictive, fearmongering, poverty-creating, racist, sexist world, with an insatiable appetite for expansion and domination.

THIS ARTICLE MAY BE SHARED WITH ATTRIBUTION AND LINK TO ORIGINAL