A child dies from starvation and other 100% preventable causes in Yemen every 10 minutes. Over one million children are going to die because their hunger is too far gone to go into remission with nutrients.

Over 18 million people in Yemen are on the brink of starvation and could die by the end of 2018---in merely six weeks.

The genocide in Yemen has been supported by the US government since 2015--when that shining light of love and peace (sarcasm), Obama was president. The US is supporting the government of Saudi Arabia in these atrocities and has been selling dealing over 100 billion dollars of death machines to the repressive and brutal Saudi regime!

What can we do about it?

Electing democrats obviously won't help because the democrats began this criminal venture with Saudi Arabia, and I can't remember a war that the democrats didn't support and pay for.

Writing letters to Congress, or calling them is also a fruitless endeavor because Saudi Arabia and its vast oil wealth and influence has the US Congress and the UN under its thumbs.

I embarked upon a hunger strike on 11.04.18 to highlight these issues and to bring awareness to the genocide in Yemen because most USAians probably never even heard of a country called "Yemen." I took the hunger strike baton from my friend Pam Bennett who had just completed a 26 day hunger strike for the same reasons.

If global imperialism is killing people, then we have to do everything we can to save them. 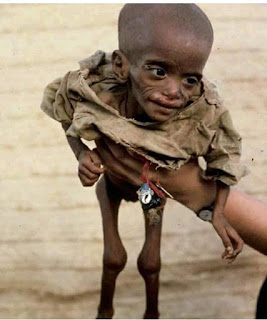 As I write this, my stomach is growling and my eyes won't stop leaking from sorrow and frustration, but how can one look at a picture like this and even think of doing the normal thing in the USA and pig out?

Join us for all, or part of the weekend, and let us know by clicking here that you plan on joining us!

Tell your friends and family and community about the genocide in Yemen and what we are all trying to do to stop it.