Apocalypse, Snooze (Day 8 of A Sheltered Life) by Cindy Sheehan 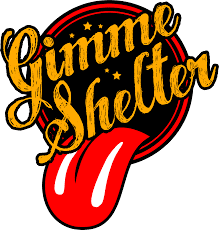 There are many grey areas and life is often not "choose A, or choose Z." There can be a point on the line where one is not a "virus denier," nor is one a "hysterical mess," over The Virus™ and one might fall on the letter P, or K, or something along that line.
I have read a lot of doctors, virologists, epidemiologists, etc, refuting CDC and WHO stats. Stats are numbers, based on math, which is pretty science-y. Also, stats can be misleading---if you only test people with corona-like symptoms, then you are going to get a WAY HIGHER stat for morbidity. These stats must be extrapolated to the general population from which the numbers are taken.

Population samples from China, Italy, Iceland and the U.S. provide relevant evidence. On or around Jan. 31, countries sent planes to evacuate citizens from Wuhan, China. When those planes landed, the passengers were tested for Covid-19 and quarantined. After 14 days, the percentage who tested positive was 0.9%. If this was the prevalence in the greater Wuhan area on Jan. 31, then, with a population of about 20 million, greater Wuhan had 178,000 infections, about 30-fold more than the number of reported cases. The fatality rate, then, would be at least 10-fold lower than estimates based on reported cases.

Read further...
********
Stress, isolation, fear, poverty, boredom, hunger, increasing domestic violence and other lack of balance can lead to illness. An increasing police state can lead to a number of troubling developments that we have already seen around the world (from the US military) and here in our inner-cities, etc.

Considering the fact that, at present, billions around the world are being detained in their homes due to what are perhaps greatly exaggerated and hyped fatality numbers, these are not simply questions of academic nature. These mandatory quarantines are having devastating impacts on the socioeconomic, psychological, and physical well-being of already law-abiding and healthy individuals. There are strongly positive epidemiological associations between unemployment and a wide range of adverse health effects; a 2015 study found that men experience up to an 85% increased risk of all-cause mortality following losing their jobs. Moreover, a 2020 Lancet study on the “Psychobiological effects of quarantine and how to reduce it,” found that “most of the adverse effects come from the imposition of a restriction of liberty.” The study noted: “Separation from loved ones, the loss of freedom, uncertainty over disease status, and boredom can, on occasion, create dramatic effects. Suicide has been reported, substantial anger generated, and lawsuits brought  following the imposition of quarantine in previous outbreaks.” These effects, as measured by increased morbidity and mortality, are likely to exceed those attributed to the theoretical risks of COVID-19 exposure.

Read further...
*********
I don't want anyone to get sick, die, or be hurt by anything I post, I just want people to know that their lives and their liberty matter to me and I want people to use their goddess-given brains.

"Furthermore, according to a first Chinese study, the internationally used virus test kits may give a false positive result in some cases. In these cases, the persons may not have contracted the new coronavirus, but presumably one of the many existing human coronaviruses that are part of the annual (and currently ongoing) common cold and flu epidemics. (1)"

Read further...
**************
How weird South Korea and Singapore rapidly contain Covid-19 without draconian measures---like quarantining SICK people, people who were exposed to sick people AND BY testing MANY people, not just those showing symptoms.

******************
For me, this "stay-at-home or you'll kill everyone you see and everything and everyone you love will be destroyed" order is already affecting me. I can't swim; I can't see my co-parented grandson; parks are closing; TV is BORING; libraries are closed; shopping is limited to food and necessities, etc.

I am bored out of my skull and I did something I only do if I am physically ill: yesterday, I stayed in my jammies all day and watched documentaries.

I watched the shows on Hulu, but I am sure they can be found other places. These are the ones I really enjoyed:

Hail, Satan.
It's not what you think---it's about a group that started out as a satire group when Gov Rick Scott in Florida did something abrogating the separation of church and state, but grew to an international organization fighting against Christian tyranny and fighting for religious freedom (most of the group are non-theist).
The Wrecking Crew
Extraordinary piece which celebrates the studio musicians of the 1960s and 1970s that played on almost every record. Great documentary, great music!
Too Funny to Fail
A documentary about the short-lived Dana Carvey Show, which was a truly "not ready for prime time" show put in a slot right after the Number 1 family show in the country at that time: Home Improvement. Hilarious reminiscences from such currentcomedy stars as Steve Carell and Stephen Colbert.
That's all for today---really, that's all. Such a weird time.
Stay well! 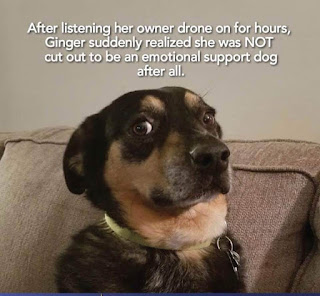