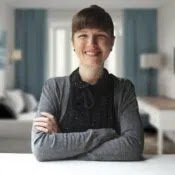 Whitney Webb is a staff writer for The Last American Vagabond. She has previously written for Mintpress News, Ben Swann’s Truth In Media. Her work has appeared on Global Research, the Ron Paul Institute and 21st Century Wire, among others. She currently lives with her family in southern Chile.

For this episode of The Soapbox, Cindy chats with journalist, Whitney Webb about her piece entitled:

A confluence of factors suggests that such a Panama-style invasion of Venezuela is not only a possibility, but increasingly likely.

by Whitney Webb
*******************************
As a long time supporter of the people of Venezuela, Cindy finds the Trump administration's attack against Venezuela particularly troubling, even though the U.s. has been trying to overthrow the Bolivarian Revolution of former President Hugo Chavez since 1999.
This is an important conversation and an important reminder that there are other urgent issues in the world at this time!
*************