Recall in California: A "No" Vote for the Recall is a "YES" Vote for Newsom and his Failing Governnorship by Cindy Sheehan 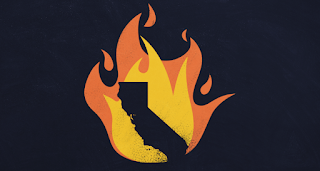 Full Disclosure: I have been a candidate for Cal Governor (in 2014) against Jerry Brown (D). I was a member of the Peace and Freedom Party, running from his left which considering his fast tumble to the right was not too difficult. Even though California is a state controlled by Democrats, I would argue its a very corporate, corrupt, and conservative manifestation of a party that some people mistakenly believe is radical-left.

And before we get to deep into this piece, NO, I am not a Trump supporter and, NO, I do not want a Republican to win. The simple fact is though that the U.S. is a one-party entity and whoever prevails will be on the side of the special interests, and not the people.

I am NOT running in the 46 person race to unseat Newsom if the recall effort is successful, although, I do support the effort from the left.
Newsom and his minions in the right-of-center Cal Dem Party keep calling this recall effort the "Republican Recall," but I am living proof that a left-wing independent supports the democratic (from the people) ouster. I know countless democrats who are supporting the recall effort, as well. If mainstream Republicans jumped on the grassroots effort early, they were copying Democrats who love to co-opt lefty movements for their own nefarious agendas. Some political activists are saying that the recall is a "conservative power grab," and in doing so, I believe they are exposing their own creeping conservatism. 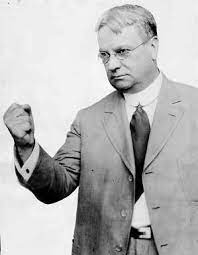 As a matter of fact, the Recall initiative in California began in the early 1900's as a progressive movement, led by such progressive heroes as Hiram Johnson (pictured left) to rein in the power of the mighty Southern Pacific Railroad (along with the direct democracy initiative [propsition] power). It's this very direct democracy that many early Californians fought for! It wasn't very easy or safe to go against the Big Four (Huntington, Stanford, Hopkins, and Crocker) of the SPRR back then and the recall process is also not easy today: the recall proponents needed to collect almost 2 million signatures to clear the 1.5 million needed for it to go on the ballot. As someone who has collected signatures for political efforts in California, I am here to tell you it ain't easy. However, during the recall signature gathering effort, whenever I passed people sitting in public collecting signatures, the tables were always inundated with eager petition signers.

My answer to the people who are afraid of a conservative coup in California is that NEWSOM IS AN ELITIST CONSERVATIVE when it comes to totalitarianism, and capitalist profit. He is in the pockets of special interests and his little foray to The French Laundry (California's most expensive restaurant) during his draconian lockdown shows not just a level of political retardation, but it was a party to fete his lobbyist best-friend! In Newsom's lame "defense" he said he hadn't been out for months, and it was his "best-friend's 50th birthday." Well, tens of millions of Californians were in the same boat, but most of us could not afford $500/plate.

As I sit here, trapped in my home because of another PG&E (today's SPRR?) fire which is inundating our region with smoke and toxic air, A "NO" VOTE FOR THE RECALL IS A "YES" VOTE FOR PACIFIC GAS AND ELECTRIC'S SLASH AND BURN POLICIES ACROSS OUR STATE.  How many cities do they get to burn to the ground with their crappy equipment before they are held to more than a judicial hand slap? PG& E is protected by Newsom and his ilk. It's not like we get discounted rates from them, our bills are out of control expensive to give the power mad power lords the power to fund political campaigns and NOT upgrade its ancient equipment.

A "NO" VOTE ON THE RECALL IS A "YES" VOTE FOR INCREASING HOMELESSNESS.

A "NO" VOTE ON THE RECALL IS A "YES" VOTE FOR CRUMBLING INFRASTRUCTURE AND DROUGHT.

A "NO" VOTE ON THE RECALL IS A "YES" VOTE FOR TOTALITARIAN, UNILATERAL LOCKDOWN MEASURES.

A "NO" VOTE ON THE RECALL IS A "YES" VOTE FOR ELDERCIDE DURING CORONA "CRISIS."

A "NO" VOTE ON THE RECALL IS A "YES" VOTE FOR MORE DEMOCRAT POLITICAL CORRUPTION.

There is a slippery slope that appears anytime there is another bourgeois election. From the left of center it goes like this:
"Well, if we vote against the Democrat by voting for our principles, then a Republican will win!"

Hello! Consistently and constantly blaming we voters that have unwavering values for the troubles of the Democrat party is keeping us in this political quagmire of diseased capitalism and destructive imperialism.

Does your heart lie with a California that uses its tremendous resources and budget surplus to make the lives of its citizens better? We could be leading the nation in education and the environment, yet what we are currently leading in is how many people are fleeing the state.