General Atomics Afraid of Peace of the Action by Cindy Sheehan 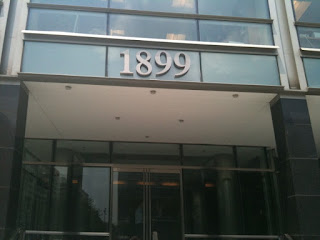 Last week I was getting ready to head out to DC for Peace of the Action’s Sizzlin’ Summer Protest when I got a call with a 202 (DC) area code. This is how the conversation went:

Me: Hello, this is Cindy.

Caller: Hello, my name is (I forget) from PM Realty in Washington, DC.

Caller: I was looking at your website and I noticed that I represent one of the clients you are going to protest next week and I want to know what you are planning.

Me: I am protesting a lot of places, which do you represent?

Caller: I represent the landlord?

Me: The landlord of the White House? Can you please be more specific?

Caller: I represent the landlord where General Atomics has offices.

Me: Oh (this was what I thought he was talking about), and what do you want to know?

Caller: Well, exactly what do you have planned?

Me: Well, I can tell you what we don’t have planned—we aren’t going to call a drone strike on the building and drop a hellfire missile on it.

Caller: I have to protect my clients.

Me: From what? Peace activists?

Then I hung up.

Today, my colleague, Josh Smith and I went to 1899 Pennsylvania Ave where General Atomics has its offices to recon for our protest tomorrow. If you go to the website of General Atomics, not only will you find out exactly where its offices are (they are not hiding), you will find out that General Atomics builds Predator unmanned aerial vehicles that are used by the US military to drop Hellfire missiles from thousands of feet above on to mostly civilian targets and have killed thousands of innocent people.

When we arrived at the building that is directly across the street from the World Bank in the NW quadrant of DC, we walked right in the front door and right up to the front desk (Josh was wearing his Peace of the Action shirt) and asked a uniformed security guard what floor GA is on. She looked at a list on the desk and said: “Third floor.” We thanked her and left. The reason we wanted to confirm that GA is in the building is because when we protested at the Joint Command for the Gulf Disaster in New Orleans, there was some controversy if we were protesting at the right place.

So, Josh and I left GA and walked across the street to the CVS to grab a cold drink. We walked back across the street to head for the Metro at Faragut Wast, and three men were congregated in front of 1899 Penn Ave checking us out. Two of the men were “suits” and one was a black man who was dressed in street clothes, but with a badge around his neck.

I took some pictures of the entrance and the address, and the black man quickly approached us. He said: “We want to know why you entered the building and asked what floor General Atomics was on.”

“Security for General Atomics,” he answered.

Josh: “We asked because we wanted to know what floor it was on.”

Security: “Why do you want to know?”

Me: “It’s really none of your business.”

Josh: “Just stay away from us.”

Then we walked away.

We cut through some buildings on the way to the Metro Station so I could find a bathroom. Josh and I went down to the train platform and were chatting about and chuckling about General Atomics being so concerned about a few people standing in front of their building with a banner, when Josh said: “Hey, isn’t that the security guy!?”

I turned around to where Josh was pointing, and sure enough, he was walking past us with a ball-cap on, carrying a backpack. When he saw that we recognized him, he sheepishly tipped his cap to us and said: “Hey, how’s it going?” Then he walked past us.

A train pulled up that wasn’t ours, so we jumped on it and tried to make our way back to where we were staying in a non-direct way.

So—what is this all about?

On Monday, my wallet was stolen and literally a few minutes after it was stolen, someone tried to use it at a DC Target Store to buy EXACTLY 911.00 worth of merchandise.

What are these evil “Jackwagons” up to?

What does Jackwagon mean? I don’t know, but I heard it today and liked it and without using profanity, it fits!

If you are able, join Peace of the Action as we protest an evil war profiteer in DC. (Safety in Numbers).

For more info go to www.PeaceoftheAction.org

PS: If Josh and I “disappear” call General Atomics and ask what they did to us.