Hopium and Hypocritium by Cindy Sheehan 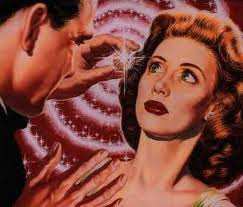 The arrogance of the Bush administration could never be surpassed, right? Wrong!

Today, Whore House (again, with my apologies to my sex-worker friends) spokeswhore, Robert Gibbs, was quoted as saying this of the “professional left” who liken Obama to his predecessor:

“(They) need to be drug tested,” and that these principled critics of the Empire are “crazy.” This kind of hearkens back to earlier in the Changery when Rahm Emmanuel, Obama Chief of Staff and committed Zionist, called us: “F@#king Retards.” Nice, huh?

Rahm Emmanuel is almost as sensitive as Dick Cheney and Robert Gibbs is almost as smart as Ari Fleischer—George’s first Press Secretary.

These quotes of Gibbs’ (who’s not nearly as perky as Dana Perino) highlight two things for me: the slipperiness of the Obama regime and the stubborn hopenosis of its supporters.

First of all, we were force fed daily doses of mass-media propaganda during the presidential campaign telling us that Obama was a “community organizer,” a “man of the people” and don’t forget the famous, “If you want Obama to do the right thing, then you have to make him.” Now the Changer in Chief’s staff is telling us if we are critical of him from the “professional” left, we are drug-crazed lunatics—not principled opponents of the Empire.

I know I have been out in front of Chéz Obama (loudly) expressing my views on his foreign policy many times (so much so, I was banned from the Whore House for four months) and single-payer healthcare advocates were doing the same during the entire fascist healthcare give-away to the corporations. Our voices and vision for a more peaceful, sane, and healthier way of doing things have not even been given a seat at the proverbial table. So, what Gibbs is telling us is to: “Just shut the eff up—we don’t care what you say or want.”

During the same interview where Robert Gibbs called me (yes, I take it personally) a “drug-crazed lunatic,” he also used the time-tested logical fallacy known as a non-sequitur (it does not follow) to say that we would only be happy if the president delivered “Canadian style healthcare,” and “closed the Pentagon.”

Of course, we advocated for single-payer healthcare and only a war-crazed maniacal empire needs a War Department the size of many small countries with budgets to match. But the “president” didn’t even get in the same universe as “Canadian style healthcare” and has vastly increased funding to the Pentagon and Bush’s wars of terror.

Also, the acceptance of this Imperial Faux Pas (IFP) illustrates how far this country is divided along faux political lines. The only change Obama has brought with him to the Whore House is negative, bad, bad, bad, change. We cannot, should not, must not, and better not criticize the Imperial First Family (IFF). However, we are supposed to take up pitchforks and torches when the barely functioning Sarah Palin says something stooopid and forget and forgive the Obamas for Imperial Excess (trips to Spain on our many dimes, $6000 handbags, etc) and their stooopidity.

So, I want to take Gibbs up on his offer—I will submit a vial of my urine to a location of his choosing—hell, I will even go and pee in the bathroom of the press corps room and hand him a warm sample, if that makes him happy—if he does the same. I seriously doubt that 535 members of Congress would pass the pee-test and I seriously doubt many denizens of the Whore House would, either.

I also wonder when Obama’s supporters will quit smoking the Hopium or taking their daily dose of Hypocritium—those are the people who need to be drug tested, not the ones who have remained ideological pure. What is so “crazy” about wanting things like indiscriminate killing of civilians to end globally and social justice here locally?

I’ll match my pee up against theirs any day!

AUTHORS NOTE: THIS IS A PERFECT TIME TO PROMOTE MY NEXT CINDY SHEEHAN’S SOAPBOX WHERE I WILL BE CHATTING WITH LONG TIME POT ACTIVIST, TOMMY CHONG. EVEN THOUGH I AM ALLERGIC TO EVERY KIND OF SMOKE, I AM ADAMANTLY IN FAVOR OF DECRIMINALIZATION AND EVEN LEGALIZATION.