What Kind of Extremist Will You Be? 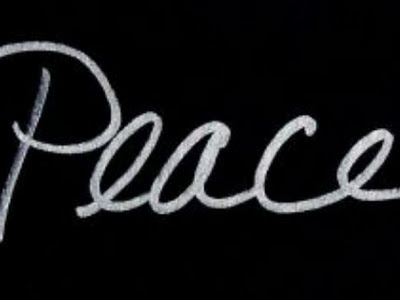 (note from Cindy: This article was adapted from a speech I gave at the historic Riverside Church in NYC on April 04, 2005---one year after my son's death and 32 years after Dr. King's assassination).
What Kind of Extremist Will You Be?
by Cindy Sheehan
Early morning, April 04, a shot rings out in the Memphis sky,
Free at last, they asked for your life, But they could not take your pride.
In the name of love, one more in the name of love.
--U2: Pride (In the name of love)


Most everyone who is reading this knows what happened to Dr. Martin Luther King, Jr. on April 04, 1968. Some of you may even know what happened to my son, Spc. Casey Austin Sheehan on April 04, 2004. If you don't know, Dr King and Casey were murdered by the same malevolent entities: People and ideologies that say that we have to be mortally afraid of the "ism" du jour and we, as Americans who have the "moral high-ground" in the world can send our innocent children to invade innocent countries and kill innocent people to fight the "ists" that go with the "isms." In Vietnam we were fighting the evil Communists and in Iraq we are fighting the evil terrorists.


Our war against Communism out-stayed its "welcome"  in the 1980's and the military industrial war complex was running out of excuses to build bombs, tanks, bullets, ships, submarines, and soldiers; so in 2001, our leaders who serve the war machine had to switch our enemy of the state to terrorism.


Dr. King had the temerity to challenge the war machine and war racketeers on April 04, 1967 in his famous speech on Vietnam--and he paid for that bit of inspired, courageous, honesty with his life exactly one year later. Casey had the naive gall to join the US Army thinking he would be making the world a better, safer place--and he paid for that kind of immature (but honest) mistake with his wonderful life.


Casey was a brave and honorable man who we were told volunteered to go on the mission that killed him to save the lives of his buddies. He was shot in the back of the head and died a little while later in a medic's station while a medic was trying to hold his brains in while the doctors tried to keep him breathing. We have heard many wildly disparate stories of Casey's last few minutes on earth, I don't know if we will ever know the truth. One thing I do know, however, is that like Dr. King, Casey's murder will be to advance the cause for peace and in the name of love.


I am wholly and completely convinced that this aggression on Iraq is illegal, immoral and appallingly unnecessary. I am also convinced that one drop of blood was one drop of blood too much to be shed for this abomination in Iraq. Now oceans of blood—both Iraqi and American—have been spilled for ruinous and disturbing policies of very bad people in our government who have based their reasons for invasion and occupation on their twisted imaginations and their seemingly bottomless lust for power, profits, chaos and confusion.


Martin Luther King, Jr. wrote this from the Birmingham Jail in 1963 and it is so relevant today:


We will have to repent in this generation not merely for the hateful words and actions of bad people, but for the appalling silence of the good people.


I must regretfully admit that before my son was killed, I didn't publicly speak out against the invasion/occupation of Iraq. I didn't shout out and say: "Stop! Stop this insane rush to an invasion that has no basis in reality—don't invade a country based on cherry-picked, prefabricated intelligence and contemptible scare tactics!"


I didn't stand up and scream: "Congress, don't you dare abrogate your constitutional rights and responsibilities! Do not, under ANY circumstances give the keys to our country to power-drunk, irresponsible and reckless maniacs!"


If I had broken the bonds of my slavery to silence sooner, would Casey (and scores of others) still be alive? I don't know. There were and still are so many good people working for peace and justice and they have been for so many years. One thing I do know, however, is that no matter how much I scream and cry and rail against God, country, and humanity, I cannot bring Casey back. But, I have not shut up since Casey was killed, nor will I be silent until every last one of our nation's sons and daughters are brought back from this morally repugnant and ill-fated war!! Nor, will I give up when this occupation is finished. I will continue fighting for the children of the world and make sure a tragedy of historic proportions like this never happens again. If I can save even one mother here or there from the pain and agony I'm going through, then it will have been so immensely worth it.


I encourage and challenge every citizen of the world to do one small thing for peace each day. Even if it is to nag your elected officials to demand the keys of our country back from the all but convicted felons, liars and self-proclaimed pro-life hypocrites who have them now.


Casey and Dr. King were both violently killed on April 04 in different years and during different wars--two wars that are really just two different sides of the same coin. I want their deaths to mean something. I want them to count for peace and justice, not violence and hatred.


I can feel my son's presence urging me on to save his buddies. I can hear him whispering in my ear and in my dreams: "Mom, finish my mission. Bring my buddies home alive." I can hear Dr. King's words similarly challenging me to action: "The question is not whether we will be extremists, but what kind of extremists will we be?"


Well, Casey, my son, my hero. Well, Dr. King, the hero of millions, I pledge to be the kind of extremist who works for peace with justice and who will never take "No" for an answer. I will strive to hold the bad people in our government accountable for all of the heartache and emptiness they have caused our world by their deliberate lies and deceptions and by their misuse of power and their abuse of our nation's precious human resources.

If there ever was a time in our nation's history that required the passion and compassion of extremists, it is now: This very minute.


What kind of extremist will you be?