Wonderful Future Possibilites in Our Golden State by Cindy Sheehan 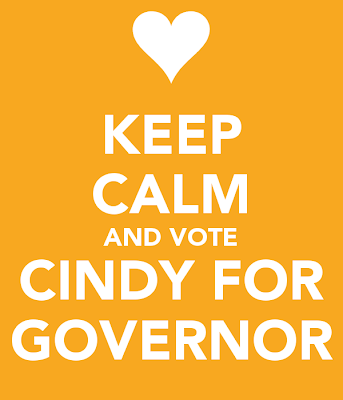 I think I made a convert today in Guerneville, Ca.

My campaign manager (CampMan) Andy Conn and I went out to the beautiful community near the coast to have a booth at its Pioneer Festival and I spoke. All of the Candidates for California Governor were invited and two of us actually showed up. Robert Newman, Tea Party Conservative (unaffiliated with any party, very nice man) also came. Jerry Brown's campaign didn't even respond.

Anyway, it was a small event and the gentleman who was in the stall next to ours asked my CampMan what is my stance on environmental issues. I was talking to a photographer, but I butted in because the environment is very important and precious to me.

I began, "I actually am very opposed to the use of fossil fuels and I don't own a car and I rode my bike from Vacaville to DC this year to highlight that issue. I am against hydro-fracturing and Brown (incumbent) just signed a bill opening the Monterey Shale Formation to more fracking. I am against nuclear power and even after Fukushima, Brown said nuclear power is still 'safe.' I also think public transportation should be expanded and provided free to all people." He replied, "well, all that's nice, but this is the reality of the situation..."

I cut him off and said, "my campaign is not about supporting the prevailing reality it's a campaign about wonderful future possibilities." He smiled really big and I felt like he was waiting for that answer.

Seriously, the constant revolving door of Duopoly politics is destroying my state, this country and the planet. Constantly supporting or voting for the Twin Parties of Capital is ruining the environment. For example, Brown, a Democrat is expanding the use of fracking which has a proven track record of environmental destruction. Instead of wringing every drop or molecule of fossil fuel energy from this planet, why don't we declare that our water, our air, and our children and grandchildren are more precious than the greed of Big Oil?

I don't want to go down the path that Brown is blazing. It must be a real path, because he is on it, but if that's "reality" then reality "bites." Brown clears that path so that California can be a state for the elites, not for us. I don't want to take Brown's path that is littered with the dreams of students who can't afford university or can't find a job in the major he/she spent a lot of time on and took out a lot of loans for. I am not going down Brown's polluted road of "safe" nuclear power and hydro-fracturing. Brown's road has a well-funded, yet over-crowded prison on every corner and over-crowded and underfunded K-12 schools in between. Brown's road was built off the backs of this state's disadvantaged but I envision a state where we can partner with each other to build the road together that leads to a place of economic equality and environmental sustainability.

I know that healthy change doesn't come from Sacramento but it should flow there from our communities and Cindy for Governor, 2014 wants you to dream big with us! In my speech at the Pioneer Festival today I asked wouldn't it be nice to live in a state where activists and other concerned citizens are welcomed to the Governor's office as partners, not adversaries? No one will be rejected from Governor Cindy's office unless that person comes with a corporate agenda for the 1% that will hurt the people of the State of California.

As a born and raised Californian, I want to live in the state of Future Possibilities where we can once again proudly lead the country and the world to a more sustainable and peaceful future. I think we all have a stake in this election--I know I do.

update I: Cindy Sheehan for Governor 2014, statement in support of the Grange movement: