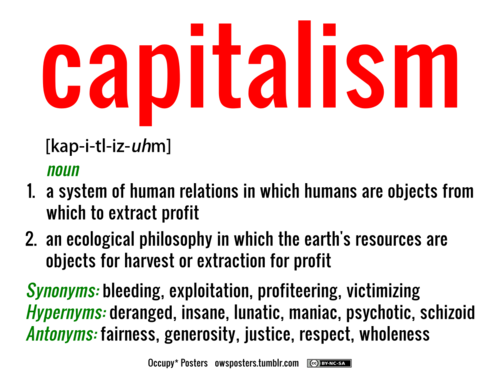 I thought it would be useful, perhaps most important, to write this letter to the radical youth today who would categorize themselves as “Marxists.” As to why it is important, it is because the term is subject to ridicule by those in positions of power, and as to why it is important for us to consider today, as anti-capitalists, perhaps it is because it has an attraction, a vanity, a romance to it. I am writing this to address with sincerity those who will insist, as I have insisted in the past, perhaps reflexively, or with a reactionary force, that “Marx was Right.” It would be foolish to deny Marx’s contributions to our understanding of the world. Any commentator denying his importance should be considered a political illiterate. However, if our aim is, as Marx once said, “not only to understand the world, but to change it,” it becomes a part of our task to question the philosophical doctrines that inhibit our way to progress. For the sake of that progress, we should consider whether or not the doctrine of Marxism has become an obstacle in our way forward. With internal contradictions between its advocates, and those contradictions strong enough to be considered opposing forces, the usefulness of the term for us comes into question. With this in mind, I think, the disposal of the doctrine of Marxism is necessary. Today, we need new language.

Important to note that this is coming from someone who would consider himself “anti-capitalist” by principle, and politically radical, in favor, like the Marxists, of a fundamental transformation of our institutions and the way they function. State capitalism has failed us, and we are left, as the youth and anyone in serious contemplation of the politic today, to search for, or create viable alternative systems. The political left and right, here, seemingly diverge on a surface level: radical left considerations on the one hand, and libertarian conservative branches of thought on the other. Those who would subscribe to the American strain of libertarianism have in mind certain economic models that in their view challenge power - that is, an economy in which the government plays no part at all. The American libertarian will insist on a free-market, with no constraints by the State. It is my opinion that the advocates of this line of thinking are mislead.

It has a tempting allure for some, because they insist they are challenging a system of power - that private institutions, having cut themselves loose from government and public regulations are striving toward an ideal in the freedom of choice. Money is the determinant of survival, then, and the survival of the fittest institutions will play a part in moving forward, making progress away from the mediocrity and mundanity that insufficient government spending produces.

As a Marxist, you will accept that this is an immoral outrage, of course. The private institution has an undemocratic character as rigid and perhaps more-so, than that of the state. We play no role in electing CEO’s, managers, and have no role in formation of the policies of those private institutions that make up the conduct of working life - wages, sick leave; overall treatment of employees is deferred to an authority that is pure tyranny.  Here, it is actually the State that plays a role in alleviation of such harsh conditions.  The State’s assistance monetarily, as in food stamp programs, social security and Medicare are a few small examples of the benefit of the State - the increase in life quality provided by those services is not to be taken for granted. And, there’s progress within that domain. We might think of Vermont’s promise here, to bring about Universal Healthcare by the year 2017, or, the promise to raise the minimum wage in Maryland to $10.10 an hour by the year 2018. These are things that expand the freedom and possibilities within American working life considerably, and these incremental changes are indeed something to consider.

Rosa Luxemburg, as a Marxist intellectual, as a revolutionary socialist exercising integrity - would remain true to the need for spiritual and social transformation beyond these reforms. That is, that moderate reforms like this are necessary insofar as they enable the population to further the ultimate goal: Revolution, the end to profit motive, the end to oppressive economic ways of life.

Here, I am hopeful we will not be dogmatic in abandoning our efforts for reforms: education, health care, shelter, food, clothing - things of necessity are able to be provided by a functioning state, based on the principles in the human rights dialogue, and the careful construction of social and public institutions. It would only be harmful to our efforts to say that an action performed by the State is inherently malicious, especially if the demand comes directly from the population. Advocates of moderate reforms should be considered allies to our cause, and alienating them would be unwise. It is about helping people, it is about something that makes a better quality of life for people we know and do not know. It addresses suffering, then.

The importance of reform and necessity of social revolution opens up to a bigger question about the ways to proceed in terms of dialogue. The use of the term Marxist, and our allegiance to that term comes into question. The debate of the last century seems to have been over - the programs of Lenin and Stalin - were they faithful to Marx, or sick perversions? We might think of Trotsky, or, others who will cite the Russian Revolution as a faithful realization of Marx, that the socialist revolution was carried out in good faith, that Karl Marx was vindicated. Or, perhaps those who are honest about the disaster of yester-year - the killings and genocide in the name of Marx, (like a crusade in the name of God) were horrible enough to hold him responsible for that - Maoist doctrine, Pol Pot, and others.

We could look at the system of American media as well, and the functions of anti-communism and anti-marxism, the distortions of history, the covering of our own atrocities and demonization of the term, the ideas of Marx - his life and work left in shambles. One could think back to the media’s labelling of candidate Obama’s mislabelling as a socialist. In turn, his policies, which have actually perpetuated the problems of State-Capitalism, have been labelled as socialist programs, and thus, their failures are attributed to a socialist agenda. The insistence, then, is that Marx is dead, again and again and again.

And it is worthy of consideration, that he is most certainly not: The accumulation of wealth leading to an horrendously impoverished conditions, the concentration of capital leading to a tragically corrupt state that serves the private interest, the profit-motive as a destructive mode of thought, as a mismeasurement of the value of someone’s time, their labor, their body and soul.

There is so much he was correct about, and it is tempting to wrap ourselves in the red and black flags. To scream that Marx was right, and that an impulsivity, an urgency for the social upheaval will need to take place. It is true, it is true, he was right, we swear by His name!

But I am asking for a moment, here. Marx’s concern about the alienation of labor and the isolation of ourselves from our work will here inform us. It is worthy to note, that he did not call himself a Marxist, for the conflict of reform and revolution did not exist - his lifelong colleague Fredrick Engels quoted Marx in a letter to Eduard Bernstein, dated August 5th, 1890:

The materialist conception of history has a lot of them nowadays, to whom it serves as an excuse for not studying history. Just as Marx used to say, commenting on the French "Marxists" of the late [18]70s: "All I know is that I am not a Marxist."

And with this in mind, it is worthy of consideration that the term, the doctrine of Marxism may be inhibiting our way to progress, and certainly, pushing social revolution into a realm of impossibility, away from serious discussion in the domain of the general public. The doctrine of Marxism has imprisoned the hope for the upheaval it longs for.

Marx is alive, and with us. But Marxism, as a semi-philosophical doctrine, as a political entity, should die if we are ever to see any hope of a serious revolution.

As you will hopefully learn, my friend, in engaging political activity, the revolution is a process, not an event - it requires specific knowledge in some cases - policy, law, a relationship between the disowned of the society, and the captains of the society, a patience beyond all measure, a surrender, reluctantly, of our utopian dreams, for this life. A knowledge that those dreams belong to our children, but that the responsibility for building it belongs to us, because we love them.

It requires work, in the domains of the intellectual and direct alike, to know what will help people. The irony is considerable, those who are driven to identify as Marxists alienate themselves from the work that needs to be done. There is a dying planet, and many real issues to work on: environmental, health care, poverty, the dying intellectual culture, the debt machines in education.

The critics of Marxism will often use the term “dogmatic.” And, I think that is correct. We are wrong to engage in circular arguments about whether or not Marx was right, about whether or not the societies which existed were true to his doctrine. This is academic and pedantic. It is something that will continue to isolate us, and that is certainly not revolutionary.

More important than justifying Marx is justifying the dreams for a better life, which we all share.

He is not a savior, he is not a leader, though his ghost marches beside us, as an equal, in our struggle. Work is to be done, specific knowledge will be required to carry the revolutionary process forward.

Abandon dogmatism for the sake of the revolution. There, we will find all colors; not just red, but a dazzling array of all colors and philosophies. Real work is being done, everywhere. It would be a nightmare for Karl, if we continued to bicker while the suffering of real people continued. It would make him happy - if the goal is indeed to understand the world honestly, and to change it, and liberate it from oppressive elements - to know that even if his name was not in our lives, the work of bettering the world, in authentic concern and sincerity were to continue, with or without his name attached.

"Stephen Wallace is a musician and autodidact from Calvert County, Maryland. He is currently an organizer and freelance writer. He writes on radical politics, human rights, and the history of ideas."

For questions,  or comments, Stephen can be reached at:
sdwallacetemporary@gmail.com