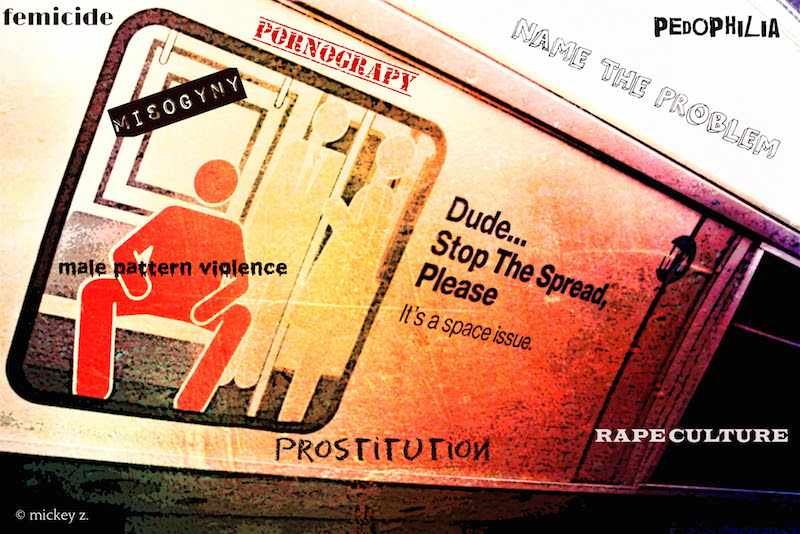 Let’s face it, whenever we hear about someone “challenging gender roles,” it usually looks like this. Or maybe even this.

Now, I’m not here to rant about guyliner but I’d like to strongly propose that revolutionary gender non-conformity should involve addressing, challenging, and changing the most common -- and most dangerous -- male behaviors.

With that in mind, here are 10 radically simple ways men can get started right now:
Bonus entry: Don’t be too proud of yourself for adhering to these guidelines because they are the very least any man can do to challenge prescribed gender roles.

I repeat: This. Is. The. Absolute. Least. We. Can. Do.
Since you now have 10 don’ts to follow, here are 10 things to do:
All of this (and more) adds up to a deeper understanding that gender is a social construct. It is, by design, oppression. Top-down oppression: Males, as a class, oppressing females as a class. To provoke authentic, sustainable social change, gender must be abolished and men must play a major part in such an epic rebellion.

Oh, before you embark on this journey to topple phallocracy, there’s one more “don’t,” guys: DON’T whine about how patriarchy hurts men, too. Of course it does… and that’s not the point.

"10 Easy Ways for Men to Smash Gender Roles" by Mickey Z. is licensed under a Creative Commons Attribution-ShareAlike 4.0 International License.
Based on a work at http://worldnewstrust.com/10-easy-ways-for-men-to-smash-gender-roles-mickey-z.
Posted by Cindy Sheehan's Soapbox at 8:56:00 PM