A liberal and a progressive walk into a bar | Mickey Z. 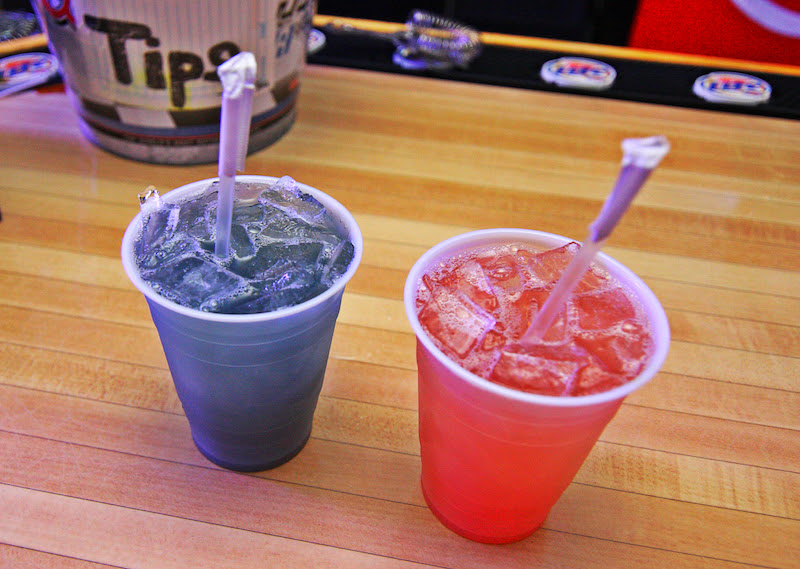 Liberal: I don’t even have to look. I already know what I’m getting.

Liberal (to waiter): The usual, please. Just make sure none of that evil bacon touches my less evil meat, cheese, and bun.
The liberal and the waiter share a chuckle.

Progressive (to waiter): You got any healthier options? Maybe some vegetables?

Waiter: Well, we’re working towards that… you know, one baby step at a time. Be patient, but of course, (pause for effect) keep hoping!

Progressive: I was really hoping for a salad.

Liberal: Let me guess, a green salad?
The liberal and the waiter laugh raucously. Everyone in the place joins in.

Progressive (to waiter): Can I order a salad?

Waiter: Oh, you’re free to order anything you want here. This is Democracy, after all!

Progressive: Okay, cool. I’d like a salad. (to liberal) Gee, Democracy is swell.
The waiter soon returns with a single plate upon which sits a greasy, oozing, bloody-rare double cheeseburger on a white flour bun alongside a deep-fried batch of genetically modified potatoes. The liberal’s eyes light up before taking a big, drippy bite.

Liberal: Mmmm, not a hint of bacon evilness. Tastes like political revolution to me.

Progressive: But you said I was free to order anything.
The waiter glances at the liberal, his faces a mask of pity.

Waiter: You can order whatever you please, but the only people who actually get to eat in Democracy are those who pick something that’s on our menu. (pause) And by the way, your hypothetical Green salad costs $150.

FADE TO BLACK as the bar fills with comradely laughter.

"A liberal and a progressive walk into a bar" by Mickey Z. is licensed under a Creative Commons Attribution-ShareAlike 4.0 International License.
Based on a work at http://worldnewstrust.com/a-liberal-and-a-progressive-walk-into-a-bar-mickey-z.
Posted by Cindy Sheehan's Soapbox at 1:49:00 PM