Misogyny in a place without women | Mickey Z. 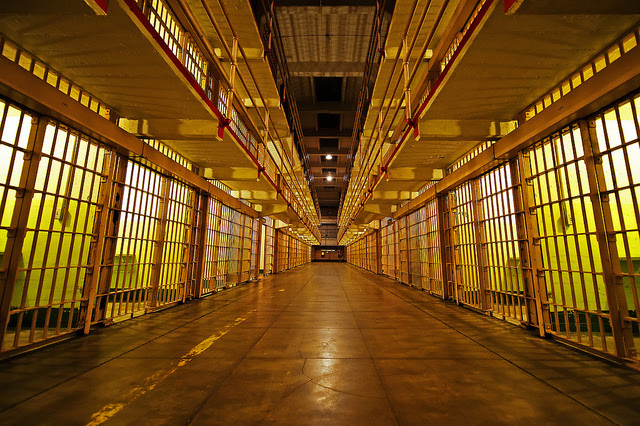 “Mass imprisonment generates profits as it devours social wealth, and thus it tends to reproduce the very conditions that lead people to prison.” (Angela Davis)

I just finished reading Fish: A Memoir of a Boy in a Man's Prison, by T.J. Parsell -- beautifully written but yet another stark, bleak, ugly reminder of how male pattern violence, white supremacy, and capitalism laid a foundation for the heinous Prison-Industrial Complex.

It’s not difficult to understand how and why disproportionately incarcerated Black prisoners might sometimes seek a form of dysfunctional “revenge” within such a brutal scenario. But let’s be truly radical and take this issue all the way to its root, shall we?

There’s a more deeply embedded dynamic of oppression being played out in jails, detention centers, prisons, and penitentiaries across the Land of the Free™ -- a frightening illustration of just how relentlessly misogynist our dominant culture is.

The men and boys (of any ethnicity) who are deemed “punks” or “fish” within the prison hierarchy are accorded the most degrading punishment any man (of any ethnicity) can conjure up: being treated like a female. They are intimidated, harassed, threatened, and feminized (yes, the time-worn patriarchal ploy of portraying womanhood as nothing more than a costume and/or performance).

These feminized (sic) males, by design, wind up on the receiving end of misogyny. They are assaulted, battered, silenced, raped, prostituted, treated as property, and often -- in a twisted Prison-Industrial Complex version of femicide -- murdered without remorse or accountability.

Think about this: Prisons and jails are among the few places on earth where men can’t force their way into female spaces. So what do such men do? Yep, they create female “surrogates” upon which they can rain down all the pent-up hatred and violence they can’t impose on real women and girls while incarcerated. (And even so, these “surrogates” are less oppressed than the average woman in “free” society!)

However, please keep in mind that the events detailed in Fish took place around 1980. Can you -- dare you -- imagine how much worse it is now? Violent, rapey video games. Wars and military interventions packaged and sold with far more persuasive propaganda. Increasingly vicious and misogynist pop culture -- from aspects of hip hop to graphic CGI movie gore to MMA and beyond. A more pervasive, deeply embedded pedophile culture.

Only a culture that utterly and openly despises females and femaleness could create and enable and tolerate this reality. (Then again, only a sick and sadistic society would view prison rape as fertile ground for stand-up comedy punch lines.)

What are we doing about this?

For starters, we’re denying it. Pretending it’s not happening. Remaining willfully ignorant to our own complicity. Acting as if it’s “edgy” and “counterculture.” Commidifying it. We’re also allowing our meager time and energy to be diverted towards dead end distractions like presidential campaigns, single issue struggles, and fanciful conspiracies.

What can we do about this?

For starters, never forget: There can be no peace, no justice until we end the war on women… by any means necessary.

"Misogyny in a place without women" by Mickey Z. is licensed under a Creative Commons Attribution-ShareAlike 4.0 International License.
Based on a work at http://worldnewstrust.com/misogyny-in-a-place-without-women-mickey-z.