War What is it Bad For? Absolutely Everything! (Soapbox Community Conference Call)

On February 24th, The Soapbox hosted a community call in show about the problem of the continuing wars for Empire and the pathetic lack of antiwar opposition to it.

Since the Obama regime was installed by another coup d'etat of the War Machine and Wall Street in 2009, I have tried to do what I can with the modest energy and resources I have to keep peace alive.

This year, not only are principled activists struggling against another divisive circus of US electoral politics, but personally, my sister and partner in peace Dede Miller has stage 4 cancer--so we continue to do what we can and Cindy Sheehan's Soapbox is my modest way to share the truth.

Please listen to this show as a contribution to the conversation of principled antiwar activism and for the great comments and sometimes lively discussion we had at the end.

SPECIAL GUESTS
ANTHONY FREDA: Anthony is an illustrator and artist who definitely has a very stunning way to express opposition to war and Empire using multi-media. Anthony spoke on the call about the need for the peace movement to rebrand itself from "hippy-ness" to being strong, brave, with unwavering integrity (like we really are). Anthony also expressed the general feeling that it would be good for the movement if a Republican were elected. (Which just proves the hypocrisy of the so-called movement). CLICK for Anthony's website.


ROSE BROWN: Rose is the assistant editor of the newsletter of the Revolutionary Organization of Labor, USA (ROL, USA) and she presented a way for people who do care about peace and social justice to be involved in the Sanders campaign while opposing and being critical of his foreign policy record and low-lights. For more information read Ray Light's article: The Revolutionary Approach to the Sanders Campaign. 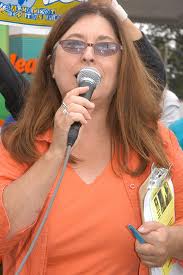 DEBRA SWEET: Debra is the national director of The World Can't Wait and one of my most enduring comrades since Camp Casey in 2005. Debra spoke on the need of the "movement" to be non-partisan and not support imperialist candidates and how even though the Bush regime peacefully left office in 2009, the policies of Empire have expanded under Obama--there will also be protests on the weekend of March 19-20 against the wars and particularly the not over one in Iraq.

Gerald Celente: Gerald is the director of the Trends Research Institute and founder of Occupy Peace. On the call, Gerald spoke to the assumption that protests are ineffective and the need for a movement with "teeth." The link to Occupy Peace shows the "Five Guiding Principles of Occupy Peace."