Destroying a dam is terrorism (except when it isn’t) | Mickey Z. 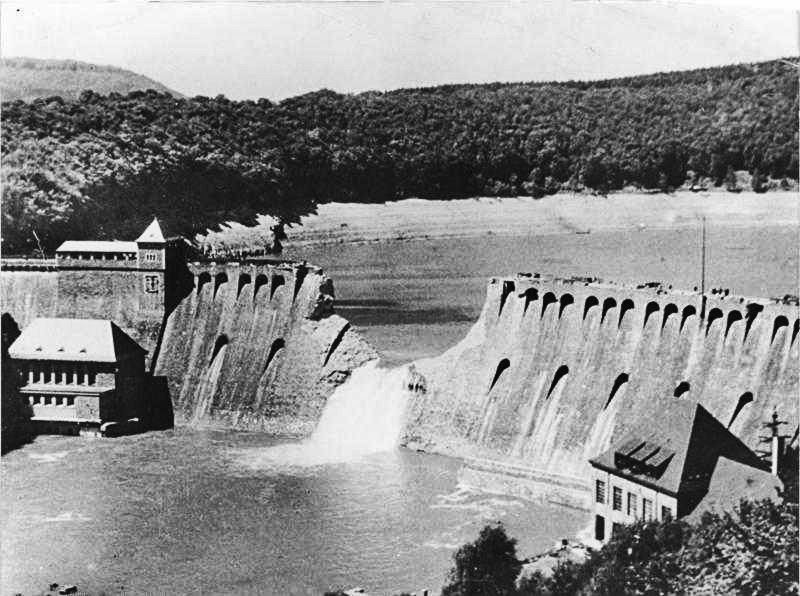 The title of a March 3, 2016, article definitely baited me to click: “1.5 Million May Die if Mosul Dam Fails: Iraq Expert.” From that article:

“The U.S. Embassy in Baghdad said a collapse of the dam in the north of country would be ‘serious and unprecedented.’ Some 500,000 and 1.47 million Iraqis would ‘probably would not survive’ the wave, while water could reach depths of 45 feet in the nearby city of Mosul, it said in a statement.”

Even a skeptic could easily imagine how Iraq’s failing infrastructure included its dams. But what if I reminded you that Mosul is an ISIS stronghold? And what if I added that U.S. and Iraqi forces have been planning a massive joint attack on ISIS in Mosul?
Before you answer those two questions, let’s learn a little about dams.
Dam Nation
The U.S. government tells us: “Dams provide a range of economic, environmental, and social benefits, including recreation, flood control, water supply, hydroelectric power, waste management, river navigation, and wildlife habitat.”

But Jacques Leslie, author of Deep Water: The Epic Struggle over Dams, Displaced People, and the Environment, paints a different picture: “The world's dams have shifted so much weight that geophysicists believe they have slightly altered the speed of the earth's rotation, the tilt of its axis, and the shape of its gravitational field.”

More than 45,000 large dams (read: at least 45 feet high) were built in the 20th century and these structures impact all life on earth. In California alone, dams have resulted in the loss of 90 percent of that state's river environment and 95 percent of the salmon and steelhead habitat -- all at a cost 50 times higher than more efficient solutions. And here's more:

1. Dams cause greenhouse gas emissions
According to a study done by the National Institute for Space Research, India's 4,500 dams (third highest behind the United States and China) "emit an amount of methane that is equivalent to 850 million tons of carbon dioxide per year." It seems both carbon dioxide and methane are "released from the decaying vegetation of spillways, reservoirs and turbines of hydropower dams, but methane is twenty-three times more formidable in trapping heat than carbon dioxide."

2. Dams displace people
As many as 80 million people have been displaced by dams worldwide. This is due to the reservoir created by the dam. In addition, those who live downstream from the dam will no longer have the dynamic river ecosystem that created their environment in the first place.

3. Dams promote erosion
The folks at International Rivers explain that dams hold back sediments that would naturally replenish downstream ecosystems. "When a river is deprived of its sediment load, it seeks to recapture it by eroding the downstream river bed and banks, undermining bridges and other riverbank structures," they continue. "Riverbeds downstream of dams are typically eroded by several meters within the decade of first closing a dam; the damage can extend for tens or even hundreds of kilometers below a dam."

4. Dams lead to plant and animal extinctions
The introduction of such an unnatural structure quite predictably has led to the extinction of many fish and other aquatic species, the disappearance of birds in floodplains, and massive losses of forest, wetlands, and farmland.

“Starvation and slow death”
During World War II, British scientists invented a spinning cylindrical “dam buster bomb” specifically to demolish German dams. Less than a decade later, the U.S. Air Force (USAF) bombed the Toksan Dam (among others) in order to flood North Korea’s rice farms. Here’s how the USAF justified such tactics: “To the Communists the smashing of the dams meant primarily the destruction of their chief sustenance -- rice. The Westerner can little conceive the awesome meaning that the loss of this staple food commodity has for an Asian -- starvation and slow death.”

Fast-forward to the U.S. assault on Southeast Asia: In a now-declassified memorandum dated April 15, 1969, popular evangelist Billy Graham urged President Richard Nixon to blow up dikes which “could overnight destroy the economy of North Vietnam.” Even without Rev. Graham’s heavenly sanction, U.S. bombing of dikes in South Vietnam was already a common and uncontroversial tactic.

Fast-forward even further to modern-day Iraq: ISIS, which has replaced Osama as Public Enemy #1 (during a presidential election year, no less), rules Mosul and there just so happens to be a crumbling dam nearby.

Reminder: Destroying a dam is terrorism… except when it isn’t.

Mickey Z. is the author of 13 books, most recently Occupy these Photos: NYC Activism Through a Radical Lens. Until the laws are changed or the power runs out, you can “like” his Facebook page here and follow his blog here.

"Destroying a dam is terrorism (except when it isn’t)" by Mickey Z. is licensed under a Creative Commons Attribution-ShareAlike 4.0 International License.
Based on a work at http://worldnewstrust.com/destroying-a-dam-is-terrorism-except-when-it-isn-t-mickey-z.