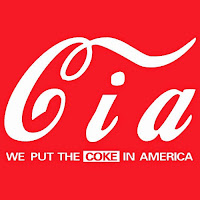 The shocking story of how seeds of destruction were sown into the foundations of America at the very beginning. How did slavery come about in the "land of the free" How did a native population of over eighteen million dwindle down to two hundred thousand? How did the American dream of life, liberty, and the pursuit of happiness, turn into the American nightmare we have now of racism, genocide, and war? Who assassinated JFK, how, and why? How do drugs come into the country, and who is behind it? Other startling questions are explored here: Why were thousands of the Nazi Germany's worst war criminals given refuge in the U.S. Who really financed Hitler? Where did Hitler get his "master race" and genocidal ideas from? Was Lee Harvey Oswald a C.I.A. agent? Were Oswald, Sirhan Sirhan, Ted Kaczynski, Timothy McVey, and the "Peoples Temple" CIA mind control subjects? What really happened in the Jeffery MacDonald, "Fatal Vision" case? You will get the real story behind these and many others disturbing questions right here!

Bob Kirkconnell was in Vietnam from February, 1968 to August, 1969 and provided airlift support for American combat troops during the siege of Khe Sanh, the battle of Hue, and the battle of the A Shau Valley. He received a Bronze Star with combat "V" for heroism during the second Tet offensive in February, 1969, while attached to the Korean Tiger Division, Qui Nhon, Republic of Vietnam. Later he was a logistics systems analyst investigating fraudulent travel on military aircraft, and he planned and organized Joint Chiefs of Staff directed Air Assault Training exercises. He started writing about some of his experiences that were at odds with U.S. stated objectives in 1998 which led to his first book.

He is married to Leila (Majaj) Kirkconnell and their children are Lynley, Marcy, and Brian. They also have six Grandchildren and four Great Grandchildren. Bob is now retired and Leila teaches high school special education. Activist groups they belong to include: Metis Nation of the South, Veterans for Peace, Academics for Justice, Jewish Voice for Peace, Union of Concerned Scientists, the American Civil Liberties Union, Green Peace, the Wilderness Society, Amnesty International, and many others. Leila and Bob have participated in many demonstrations opposing the current invasions and occupations in the Middle East. Further,they have authored hundreds of Op-Eds, and they have also written government officials hundreds of times.
Posted by Cindy Sheehan's Soapbox at 8:34:00 AM