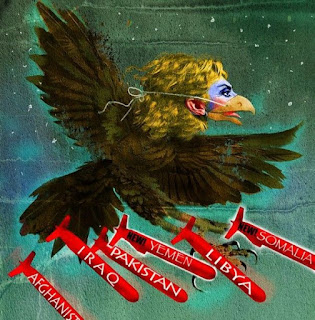 I've run for political office a few times myself, and even though I have always met constitutional qualifications, I always have been told that I was not "qualified."

What seem to be the political qualifications to be the figurehead for this demented and bestial US Empire? That one is 35 and born in the US? That's what the US constitution says, but what do others look for?

Perhaps, the voting public looks for, against all evidence and history, a person that is honest and truly cares about this nation and its people. A person that is wise and sober in his/her life and decision-making ability? One that would gladly give his/her life for peace and liberty?

As evidenced by this never-ending and insufferable election cycle, it seems like the voting electorate is now looking for a "political outsider;" which makes more sense with the Trumpites, than the Sandernistas: The first has never held political office and the second has been a politician for decades. However, in what really matters to the global capitalist/imperialist class, the person running for office that meets their qualifications almost perfectly to a "t" is former First Lady, US Senator and Secretary of State, Hillary Clinton.

What are the real qualifications to the fill the position of POTUS?

It seems one must be an unrepentant criminal who is willing to murder civilians willy-nilly for profit and resource control. Mrs. Clinton is a grandmother who I presume loves her grandchild, but has demonstrated an eager willingness to murder the children of others.

For example, as US Senator, Clinton was one of the most ardent cheerleaders for the Bush mob's murderous attack on Iraq and as First Lady, she watched as her husband also murdered hundreds of thousands of Iraqi by bombs and sanctions. As Secretary of State she was one of the Obama mob's architects of the abominable destruction of Libya.

In 2005, after I went to Crawford TX and camped there for one month at our peace encampment, Camp Casey, I had an extensive meeting with this right-wing cutthroat. "Ice Queen" doesn't even begin to cover Clinton's callousness and calculation. Like the war powers know, I also am convinced that she could easily transition into a Commander in Chief who would push that button.

Contrary to popular belief, US elections are never about the "lesser of two evils," they always are about pure evil and which puppet of evil will ultimately infest the Oval Office.

Don't fall for the "lesser-evil" trap. Evil can never be voted away, it must be exorcised with courage and good.

So, even without talking about her subservience to Monsanto and Wall Street, unfortunately for humanity, HRC is eminently qualified for the position of POTUS.

I don't want that kind of qualified. It makes my stomach turn. 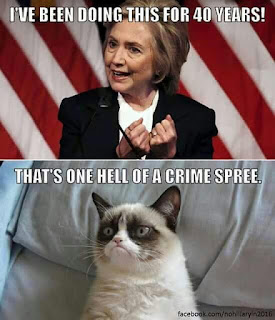