Due on the 4th of July by Cindy Sheehan When I was young, I always thought of the fireworks, food, and family fun of the 4th of July as a pre-celebration of my birthday, less than a week later. At that time, I was always a little upset that I wasn't born on the 4th, but now, why would I want to share anything with the government of the nation of my birth? Once, I reluctantly shared with it my oldest son, and before Casey was ordered to join a brutal occupying force in the not-independent nation of Iraq, he was abused and misused and molded into cannon fodder and eventually killed in a war based on lies and for the profit of a few. That didn't turn out well for him, or our family.

The 4th of July is called, "Independence Day," right? But independence for whom?

Certainly, the very few who profit off of war and Wall Street; prisons; pharmaceuticals; paying low wages with little benefits; oil extraction; and the Imperial Police State in general, enjoy financial independence and also enjoy excessive protection of the law and Constitution, all to guarantee that their financial independence continues. What about those of us who don't profit off of death and misery--well, we are the victims of it and struggle daily to just keep our noses above drowning. With a growing income gap and with millions of homeless in this country, many fall through the huge cracks in the almost non-existent social infrastructure here in the "Land of the Free" and are definitely slaves to working hard for bare survival.

Here in this "bastion" of "freedom" there is a higher rate and number of incarcerated than in the entire world. Why does the US jail so 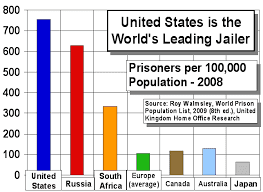 many of its citizens? Are we a country of naughty children that need to be "taught a lesson?" Or is it because the Prison Industrial Complex own politicians and judges alike and someone(s) are getting really wealthy? And/or is it because corporations have access and the legal right to the slave labor of prisoners? 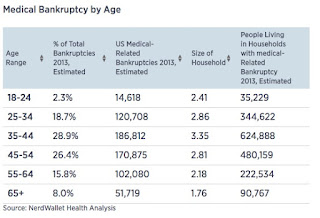 struggle to be healthy? HMOs, health insurance companies, big pharma and so-called "natural" cure peddlers are definitely enjoying this right, but what about the rest of us? Obama"care" has still left tens of millions of us uninsured and underinsured and people are going broke to this day with medical bills and are devastated with the unrelenting stress of insufficient healthcare and little support for prevention or for families who are struggling with a serious illness.

With the little "independence" we have within the borders of the US, how about those innocent unfortunates whose countries and communities are being occupied, bombed, or otherwise torn by Imperial violence? I had an exchange with an active duty soldier recently who said that he only goes where the "American people send" him and that he is "defending" me and the US. This is exactly what I answered to him:

"BTW, there're many other ways people can "serve" their fellow human beings besides being "hired guns for Capitalism" (Smedley Butler). I really don't think you understand the dynamics. The reason we protest the wars is because we (Americans or others) DO NOT SUPPORT the decisions to send the military to invade and occupy innocent people. And, don't talk about your great service to me, I did NOT ask you to do it and I don't support your choice to do so. My son was killed in Iraq, so I think I understand a little of what I am saying. I didn't support his choice to go, either, and he said, "I don't want to go, but I have to." He didn't have to and his life was stolen from him by the war criminals."

With this ignominious list of wars that the US has waged in its bloody history, I think I can safely say that on July 4, 1776, the Founders declared their (and subsequently, our) independence from Peace.

Well, the US must be free, because every so often (too often?), the US holds "free elections." Many people have said, "If elections really changed things, they would make them illegal." I say, "If elections really changed things for the better, then things would be better, because the US has held thousands of elections." Obviously, elections DO NOT bring independence to the working and poor classes, because those classes keep on expanding as we are cartwheeling to another presidential election. Am I the only one who noticed that the Sanders' supporters have only cried "election fraud" in the states were Sanders lost? One of the key demands of the Sanders' campaign was "open primaries." Well, he knew perfectly well the "lay of the land" before he joined the War Party to campaign to be its candidate for POTUS. Besides, are open primaries really more democratic than allowing members of each party to select their own candidate for the general elections? What's the use of having parties anyway? The twin parties of War and Wall Street don't bring freedom to the 99%, they bring more oppression and division and more opportunity for corruption and fraud.

Even so-called environmentalists like Al Gore are profiting off the destruction of survivability on our only planet---we in the working and poor classes can conserve as much water and recycle as much aluminum and plastic as we are able, but the corporations and Military Industrial Complex pollute our water and air and use limited resources at an alarming rate.

Being born on the 10th of July, I can't sing any songs about being a "Yankee Doodle Dandy," (thank goodness) but through a random accident of birth, I am relieved that I don't share the day of my entry into dependence as a citizen of the US with the "birth" of the most brutal Empire in history; which was built on the bones of genocide and the violence and immorality of forced slave labor. 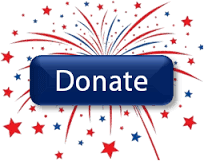