CINDY RECOMMENDS:
"2016 continues to be the most surreal and unpredictable election year in recent memory and this is due in large part to one Donald J. Trump and the millions of Americans who made him this year's Republican nominee for president. As Trump continues to succeed despite behavior that would cripple any other politician, whether it is questioning the patriotism of the Gold Star Khan family or banishing a baby from one of his press conferences, it is imperative to understand why so many continue to support him. And this is what makes The Gilded Rage so important; it provides insight into the forgotten Americans that continue to befuddle pundits and "experts" on CNN and FOX alike." 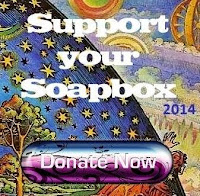