Cindy Sheehan on Khizr Khan, Clinton’s hawkishness, and why she votes third party (Originally in Salon) 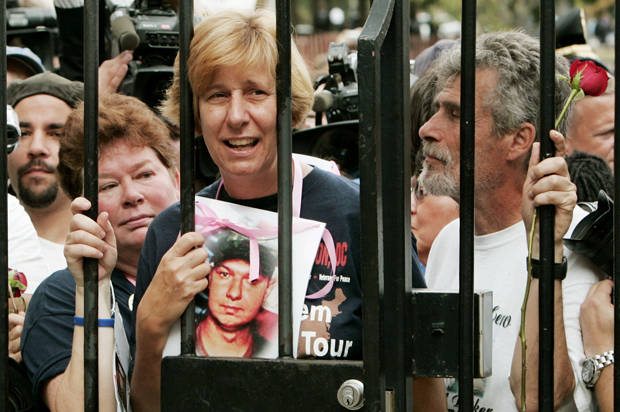 “The past eight years have been very lonely. There has not been much activism against the wars at all,” Cindy Sheehan lamented.

“Obama has continued to expand George Bush’s war of terror against the world, and there has been very little opposition to it,” she added.

More than 12 years ago, Sheehan’s son, a soldier in the U.S. Army, was killed in Iraq. The tragic loss transformed her. She was politicized, and plunged into anti-war activism. Sheehan soon became one of the most vociferous critics of then-President George W. Bush.

She still remains a committed activist today. Sheehan has been arrested numerous times for her activism, and for seven years, she has run the weekly podcast “Cindy Sheehan’s Soapbox,” which she describes as a “revolutionary talk show.”

Salon spoke with Sheehan to discuss the recent controversy with Donald Trump and Khizr Khan, the 2016 presidential election and the ongoing wars waged by the U.S.
In the interview, Sheehan condemned Hillary Clinton, Donald Trump, the two-party system and the corporate media. She also spoke about her work with independent left-wing third parties.


CLICK HERE TO READ THE REST IN SALON
Posted by Cindy Sheehan's Soapbox at 9:33:00 PM