1/20/17: End of an Error and the Beginning of Another by Cindy Sheehan 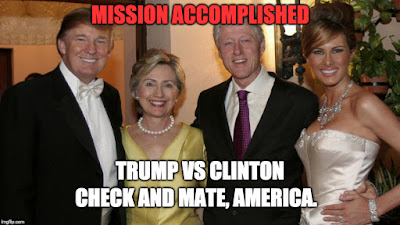 Elitist rogues out on the town.


Please, take a ride with me on Mr. Peabody's Wayback Machine to election night 2008:

I was rather busy that night, because for the prior 18 months, I had set up "camp" in San Francisco on Mission St. in a campaign to defeat then Speaker of the House and treacherous Democrat, Nancy Pelosi.

The first returns were bleak, I was getting single digit results, but we ended up with almost 17% and a second place finish--but, even though I think we did really respectably, this is not the focus of this recollection.

That night, I received a phone call on my private cell-phone, I still have no idea who it was, because I couldn't understand his name, but he was literally screaming, "we did it Cindy! We did it! We got rid of Bush and elected Obama!"

First of all, "we" didn't do anything. I didn't support Obama in 2008 because I actually listened to what he said about promising more war and he voted for and made a full-court press for the bankster bailout and such horrible initiatives like NDAA, among other things.

Secondly, "we" didn't get rid of Bush--one of the oligarch's most brilliant ploys is a regular election for President of the United States that gives an appearance of a "peaceful and orderly" transition of power. In reality, the only thing that transitions is the personnel, the policies of empire and vampire capitalism stay firmly in place.

I never gave Obama a "break" like I was constantly urged to do by people, I assume, who didn't want the truth pointed out to them.  No matter how some want to keep their heads in the sand, the barest reality is that Obama continued the imperial rampage through the Middle East; is aggressively, continually, and maniacally provoking Russia; passed a "health"care reform bill that was nothing but welfare for big pharma, HMOs and insurance companies; increased the police state and didn't prosecute killer cops; increased oil production and financially protected BP after the Deepwater Horizon gusher; prosecuted twice as many whistleblowers as all the presidents before him since Wilson, and etc, and etc.


Obama was the perfect foil and servant of Empire for the past two-terms because if anyone opposed him we could be smeared with the awful sobriquet of "racist," and many were afraid to oppose him for fear of even giving the appearance of being a bigot. Also, I have learned (the hard way) that many things considered evil during a Republican regime are not so bad to some when a Democrat is the prez. Partisan politics in the US will kill this earth if we don't realize this and struggle against it. Also, incredibly, if you didn't want Obama to be a stone-cold killer, you were tarnished with being a "purist," as if anything about waging mass-murder against civilian populations is positive, and only someone who is "pure" would be against it?

So, for the prior eight years, I have been waging this struggle against Obama, not because I think Obama is even a little bit in charge, but because this nation puts so much stock in "personality" and Obama was putatively in charge. How can one highlight the hypocrisies of this demented system without knocking down the icons that support it?

I will not give Trump "a chance" either. I will be in the streets as much as possible, when possible, and I will be using The Soapbox to tell the truth as always, but the irony is, the people who thought I turned into a dimwit when Obama was president, will once again agree with me and think, maybe, I have wised-up again.

I do want to give fair warning though.

I believe that the Republicans are a sordid lot of rightwing reactionary fascists. I think that most of you reading this piece will be simpatico with that view. However, I believe the treachery of the Democratic Party is far worse and I will be keeping a close eye on Pelosi/Schumer and their minions in the months and years to come. I know I will hear, "Obama is gone Cindy, get over it." The world will not be able to "get over" Obama's legacy, as we still suffer from many past presidents who slunk off to peace and comfort after their destructive presidential behavior came to a Constitutional end.

It's laughable to think that a nation that was built on genocide and forced slave labor which has NOT been at some kind of overt or nasty covert war for about 20 years of its existence can be made "Great" AGAIN. How about joining together in solidarity as workers, peace advocates, and social justice advocates to make this nation "Great" for once?

"Errors" cannot end when they are foundational and institutional. The "Powers That Be" have long waged class war against us and when we only vent our rage against 1/2 of those criminals, we do ourselves and the world a great disservice. True revolution will only come when we are repelled by and reject the intolerance and oppression of empire and capitalism.We are not each others' enemies--we need to "shoot" up, not sideways, or down, to hit the ones who torment us all.