Brother Larry Pinkney: End of an (Obama) Error and Start of Another (SOAPBOX PODCAST 1/15/17)

GUEST: BROTHER LARRY PINKNEY
TOPIC: THE OBAMA REGIME AND BEYOND 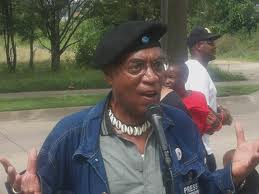 Brother Larry Pinkney's first appearance on the Soapbox was right after Obama was inaugurated and the Soapbox has been honored to be graced with his trenchant analysis of The First Black President™ every January since then.

This week, the Soapbox presents Brother Larry as he looks back on the past eight years and ahead to Trump.

NOTE: This show was recorded shortly before my sister Dede Miller went into home hospice care, and after that, she declined rapidly and passed over on January 22nd.