Kortkamp became an independent, completely self-funded, journalist after “seeing Western media bias regarding Syria and how that bias was promoting war and destabilization in Syria and all the Levant”. She has researched the current crisis for over five years, putting in over 6,000 hours of study. She has visited Syria four times in the past two years, spending months traveling around the major population areas and the outskirts of Damascus, Homs, Latakia (including Kessab), Tartous, Aleppo and Deir Ezzor. She has also gone to Germany, Lebanon, and Kuwait to meet with Syrian refugees and emigrants. Through friends and contacts in Syria as well as reports from news and government sources around the world, she tracks the situation on the ground in Syria constantly. 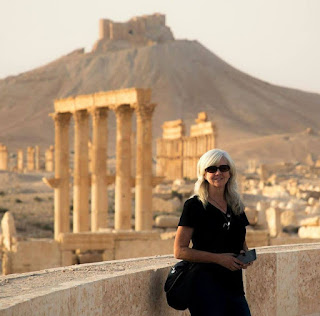