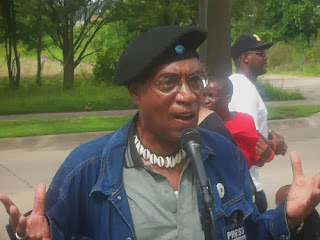 This week, Cindy welcomes back Brother Larry Pinkney who has been "Keeping it Real" with the Soapbox since 2009!

Every year Brother Larry comes on with astute analysis of the deadly US Empire---unfortunately, the names change, but the crimes remain the same!

A lot of our guests went over to the dark side with the dastardly Dems when Obama was chosen by the Powers that Be in 2012, and more did the same and became infected with Trump Derangement Syndrome in 2016. Brother Larry has never wavered from his anti-imperialist principles for all these years!

BROTHER LARRY'S OTHER APPEARANCES to show we have been in PRINCIPLED STRUGGLE with him for years: