The courageous and principled publisher of the Lone Star Iconoclast (Crawford, Tx) Leon Smith recently passed away. He wrote editorials condemning and criticizing George W. Bush prior to the invasion of Iraq, who was an extremely popular person in that part of the country.

The Iconoclast covered Camp Casey in the summer of 2005 and published a book about Cindy Sheehan's protest, called: The Vigil: 26 Days in Crawford Texas. The Smith family has donated some books to Cindy Sheehan to use as a fundraiser for Cindy Sheehan's Soapbox,

For a minimum donation of $15.00, Cindy Sheehan will inscribe a book to you (shipping/handling included). The Vigil is a day by day recount of the Camp Casey protest in Crawford Texas which garnered international attention after George Bush refused to answer Sheehan's simple question: What Noble Cause?---it is also filled with photos from that month in August of 2005. With the wars after 9/11/01 still causing destruction and grief, this book is still relevant.

From the back cover:

In August of 2005, a grieving mother and her supporters laid siege to Crawford, Texas. Cindy Sheehan set up camp outside of President Bush's ranch determined to find some answers. For 26 days, all eyes were on Camp Casey.

At the center of it all was Crawford's own Lone Star Iconoclast in the heart of the reddest of red states. The Iconoclast found itself caught between the public's (deeply conservative) expectations, and the paper's publisher W. Leon Smith's sense of journalistic duty to report objectively. The Vigil is an invaluable record of the Icononclast's coverage with Sheehan herself providing a scene-setting foreword.

The result is a high stakes, blow by blow account of the events as they unfolded. You experience this vigil right along with the writers and participants in the heat, the fire ants, the gunplay, the celebrity appearances, and the intense emotional roller coaster that has yet to end. Smith and his crew demonstrated a level of professional virtue that--to quote Sheehan herself--"shines a like a long spark of integrity in a prairie of darkness."

OR SEND CHECK/MONEY ORDER TO:

DUE TO A LIMITED SUPPLY, PLEASE ONLY ONE PER ORDER.

IF YOU WOULD LIKE MORE THAN ONE COPY, PLEASE EMAIL

CINDYSHEEHANSSOAPBOX@GMAIL.COM to check and see how many copies are still in stock. 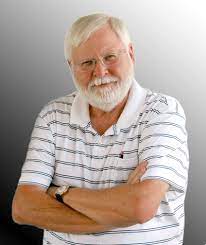