What if #FeelTheBern is just a Hope & Change sequel? | Mickey Z. 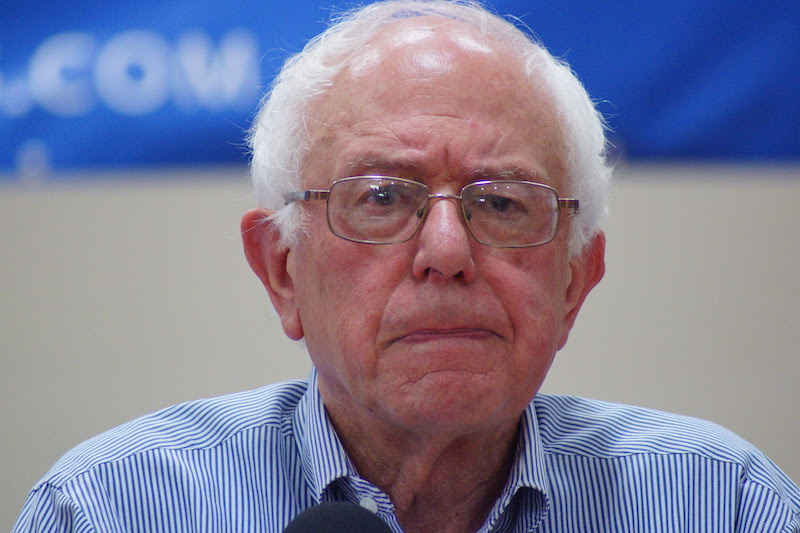 Stop me… if you’ve heard all this before (because I sure have).

Let’s say the New York Times hired a charismatic half-black male motivational speaker in his late 40s to run the newspaper and this popular man promised change. And let’s say I wrote an article outlining what I think he should do, what I hoped he’d do. For example: create a focus on women’s issues and sex-based oppression, reduce the business section to a single page, add a huge labor section, start covering people’s movements and protests, refuse advertising dollars from corporations that pollute and/or exploit workers, and hire me to run the op-ed page. Justifiably, I’d be ridiculed for even suggesting such delusional expectations.

Let’s say America elected a charismatic half-black male motivational speaker in his late 40s to run the country and this popular man promised change. And let’s say someone -- someone famously radical, like Howard Zinn -- wrote an article outlining what he thought he should do, what Zinn hoped he’d do. For example: “announce the withdrawal of our troops from Iraq and Afghanistan” and “renounce the Bush doctrine of preventive war as well as the Carter doctrine of military action to control Mideast oil.”

Plus: “radically change the direction of U.S. foreign policy, declare that the United States is a peace-loving country which will not intervene militarily in other parts of the world, and start dismantling the military bases we have in over a hundred countries. Also he must begin meeting with the Russian leader to reach agreement on the dismantling of the nuclear arsenals, in keeping with the Nuclear Anti-Proliferation Treaty.”

Then: raise taxes on the rich and combine that windfall with the hundreds of billions of dollars freed from the military budget to “give free health care to everyone (and) put millions of people to work” and thus “transform” the United States, making it “a good neighbor to the world.”
(deep sigh)

Well, Howard Zinn did write such an article (“Obama’s Historic Victory,” Nov. 12, 2008) but few folks (besides me) ridiculed him for even suggesting such delusional expectations.

The (at least) tens of thousands of readers who looked to Zinn as a trusted voice of wisdom and reason were dangerously misled by an article that omitted this reality: Every single indication pointed to Barack Obama doing the exact opposite of what Zinn wrote.

Zinn fully knew that not an iota of evidence existed that Obama would do anything approaching what is described above. For a man of Zinn’s stature on the “Left” to even hint of such a possibility was a shockingly irresponsible act and one that only contributed to the misguided perception that Obama’s election was somehow a victory for the progressive (sic) Left.

“The future has arrived”
Did you see liberals like Tom Hayden, Barbara Ehrenreich, Bill Fletcher, Jr., and Danny Glover have declared that “as progressives,” they “believe this sudden and unexpected new movement is just what America needs”?

They announced: “The future has arrived. The alternative would mean a return to the dismal status quo party politics that has failed so far to deliver peace, healthcare, full employment and effective answers to crises like global warming.”

And Hayden, Ehrenreich, Fletcher, and Glover weren’t done: “Even though it is candidate-centered, there is no doubt that the campaign is a social movement, one greater than the candidate himself ever imagined. … Not since Robert Kennedy’s 1968 campaign has there been a passion to imagine the world anew like the passion and unprecedented numbers of people mobilized in this campaign.”
Wake up call #1: It’s not Bernie Sanders 2016 they’re talking about. It was Obama 2008.
Wake up call #2: If you think Obama (or Bobby Kennedy) imagined the world anew, you’re in deep denial.

“His ideas were pie-in-the sky”
Now it’s 2016 and when I remind readers of their nation’s very recent history, I get trolled. “Don’t compare our Bernie to Obama,” they ignorantly warn. “He’s different.”

I am fully confident I could dismantle such silliness in my sleep but instead, I’m gonna let your hero do it for you.

Speaking to a crowd in Iowa on Jan. 23, 2016, Sanders outed himself: “We get attacked about five times a day. But it reminds me very much of what happened here in Iowa eight years ago. Remember that? Eight years ago, Obama was being attacked for everything. He was unrealistic; his ideas were pie-in-the sky; he did not have the experience that was needed. You know what? People of Iowa saw through those attacks then, and they're going to see through those attacks again.”

As reported by NBC News, Sanders “asked people to dream big by invoking Obama to dismiss the naysayers. No one thought a black man could ever win, Sanders said, and especially in a nearly all-white state like Iowa. ‘You made it happen. You made history,’ Sanders said.”
By Sanders own admission, he is old wine in the same bottle but with a new label. And after he drops out of the race, he’s already promised to endorse whatever candidate is put forth by the Democratic Party.

So, if you plan to vote for yet another lesser (sic) evil in 2016, go ahead. Kid yourself. Feel superior. Engage in three-hour social media flame wars to defend your choice. Hold your nose and pull the damn lever. But vote or no vote, all that matters is what you’re doing the other 364.99 days.
As Lucy Parsons once said: “Never be deceived that the rich will allow you to vote away their wealth.”

Stop me… if you’ve heard all this before (because I sure have).

"What if #FeelTheBern is just a Hope & Change sequel?" by Mickey Z. is licensed under a Creative Commons Attribution-ShareAlike 4.0 International License.
Based on a work at http://worldnewstrust.com/what-if-feelthebern-is-just-a-hope-change-sequel-mickey-z.