I was in Sacramento at UC Davis with my sister Dede all week
(she had a mastectomy) so I asked my six year old granddaughter Jovie
to randomly choose a show to replay.

(You can also hear Jovie in the introduction) 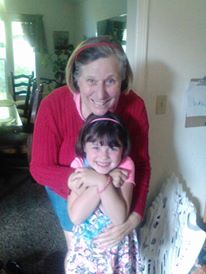 It's a family show, because my daughter Carly recites her
poem: A Nation Rocked to Sleep
Posted by Cindy Sheehan's Soapbox at 4:06:00 PM